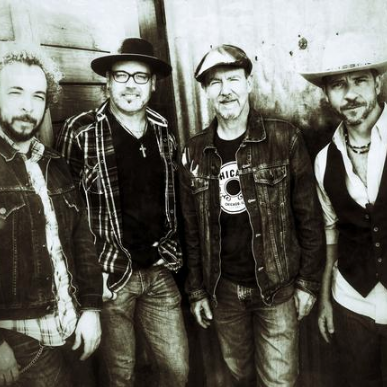 Sorry for the cancelation. All tickets will be refunded through Brown Paper Tickets.

If you’ve seen more than a handful of shows in Texas, there’s a pretty good chance you’ve already seen most, if not all, of the musicians who make up the South Austin Moonlighters, who are among the elite of Austin’s burgeoning music scene and have played key roles in bands like Fastball, Monte Montgomery, Mike Zito, Stonehoney, and Jimmy LaFave. In 2011, a handful of artists doing a weekday residency at Austin’s Saxon Pub began “moonlighting” and eventually The South Austin Moonlighters BECAME the steady gig. Nearly a decade, four albums, and hundreds of shows later, the band has refined a unique brand of Americana boasting organic vocal harmonies, top musicianship, and well-crafted songs with a tons of Texas heart. The band’s latest release is 2019’s Travel Light.​