1. THE STOOGES, Funhouse. Why do I hate Bono & love Iggy? Because Iggy is still cooler than everyone else.

2. NIRVANA, Nevermind. Changed everything, obliterated the Cinderellas of the world.

7. FRIGHTENED RABBIT, Midnight Organ Fight. Yes, I dig it that much.

8. JANE’S ADDICTION, Nothing’s Shocking. Back when this band was breathtaking. 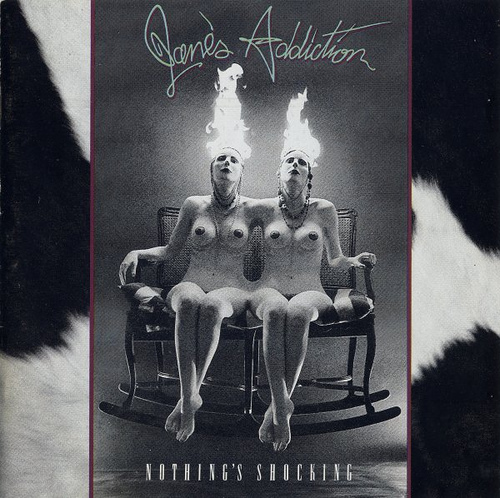 9. AEROSMITH, Rocks. It’s hard to believe such a sorry self-parody once made records this classic. They should have called it quits in 1977.

RUNNER UP: AC/DC, Back In Black. Nikki Hill agrees with me that even people who say they hate AC/DC actually like them. Nikki was wearing a Highway To Hell last time I saw her, which added to her general awesomeness.

I am proud there are no Beatles records on this list, though Lennon’s first solo album almost made it. Dylan’s Blood on the Tracks and Tom Waits’ Mule Variations would have made the list, but they don’t really feel like rock records. The White Stripes’ Elephant was definitely a runner up. Ditto Mark Lanegan’s Whiskey For The Holy Ghost (BTW, if you want to hear Cobain’s first version Where Did You Sleep Last Night, check out Lanegan’s first record.) Smashing Pumpkins’ Gish and The Pogues’ Rum, Sodomy & The Lash are also way up there.