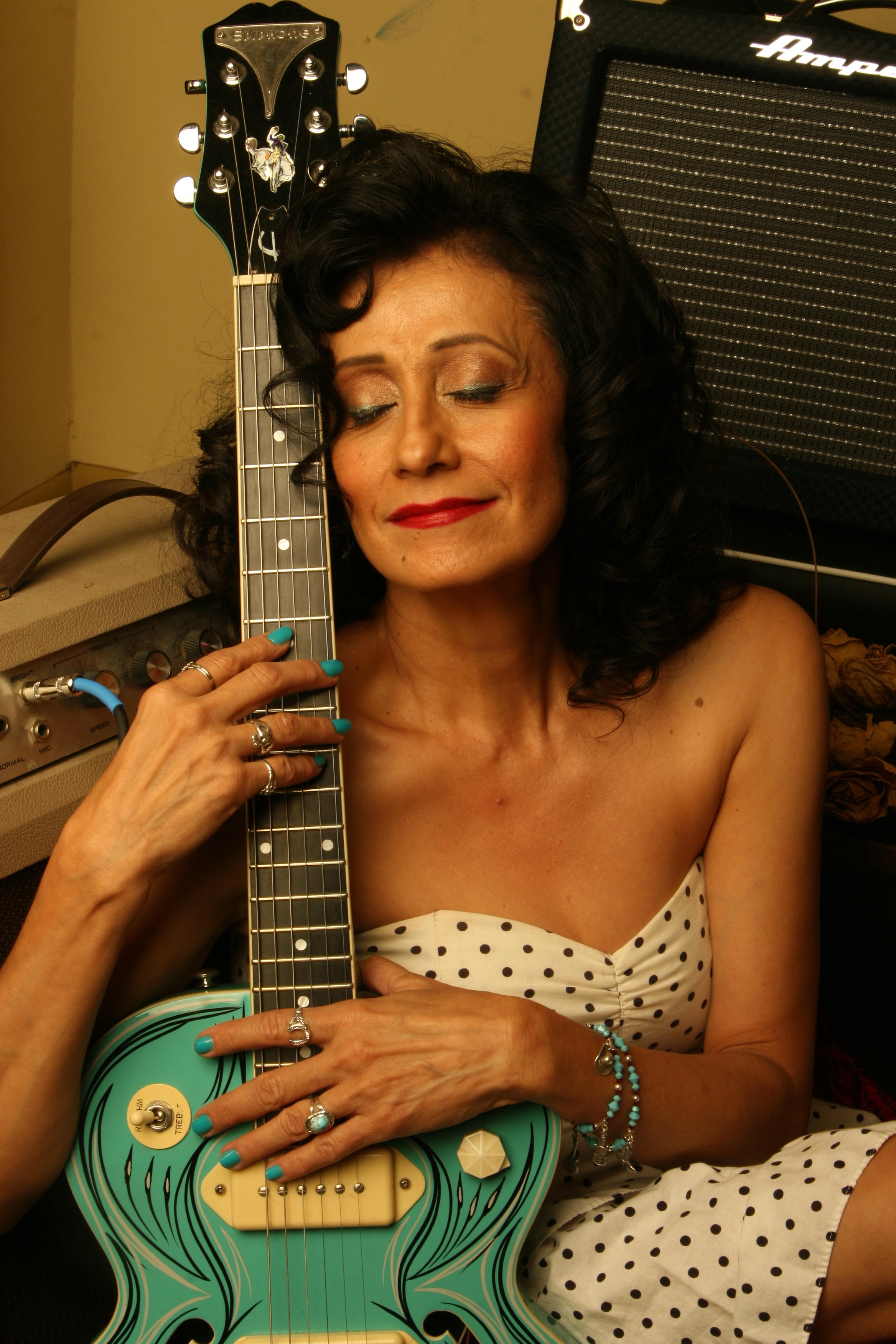 Perhaps Guitar World put it best: Rosie Flores is “sassy, classy and ready to kick ass-y.” Voted one of the “Top 75 Greatest Female Guitarists of All Time” by Venuszine, Rosie Flores has nabbed Ameripolitan Awards for Best Female Honky Tonk and Best Female Rockabilly artist, and a Peabody Award for her narration of the documentary Whole Lotta Shakin. Recent years have found her producing Janis Martin’s Blanco Sessions, which tied at #1 with Rosie’s Working Girls Guitar on the FAR chart, and participating in a Chuck Berry tribute at the Rock and Roll Hall of Fame with Vernon Reid, David Johansen, and other artists. Rolling Stone proclaimed her ”one of the most impressive acts of the evening…the only performer brave enough to playfully attempt a duck walk.”

Flores’ latest record, Working Girls Guitar, garnered feature stories in Guitar World, Premiere Guitar and Guitar Player. Twanging between a rock and a surf place, Rosie fires up the big chord guns on songs that tell some hard tales. The record is in heavy rotation on Sirius Radio Outlaw Country. Critical raves from prestigious publications such as the Los Angeles Times, a 2007 cover story in the Austin Chronicle, and the proclamation of Rosie Flores Day in August 2006 by Austin Mayor Will Wynn was topped off by an induction into the Austin Music Hall of Fame in 2007.

After a stint with the LA cult cowpunk band Screaming Sirens, Flores signed with Reprise in 1987 and released her debut, spotlighting her fiery neo-traditional singing and explosive guitar solos. The album yielded three singles and earned Flores her first Billboard chart appearance. She was the first female Latina country(ish) artist to ever enter the Billboard country charts. But it wasn’t until 1995’s Rockabilly Filly that she received major attention, because it reintroduced rockabilly pioneers Wanda Jackson and Janis Martin to audiences worldwide through their duets with Flores. Moreover, Flores’ “You Tear Me Up” is arguably the best performance by a contemporary female rockabilly artist. Since then, she’s released many charting records and contributed music to seven motion pictures. Her revved-up performances from California to New York have won legions of fans and earned appearances on Austin City Limits and Late Night with Conan O’Brien.

Parking available in nearby Guadalupe Street parking lots, the municipal lot next to Allsups, and across the street from the studio at DeVargas Mall.